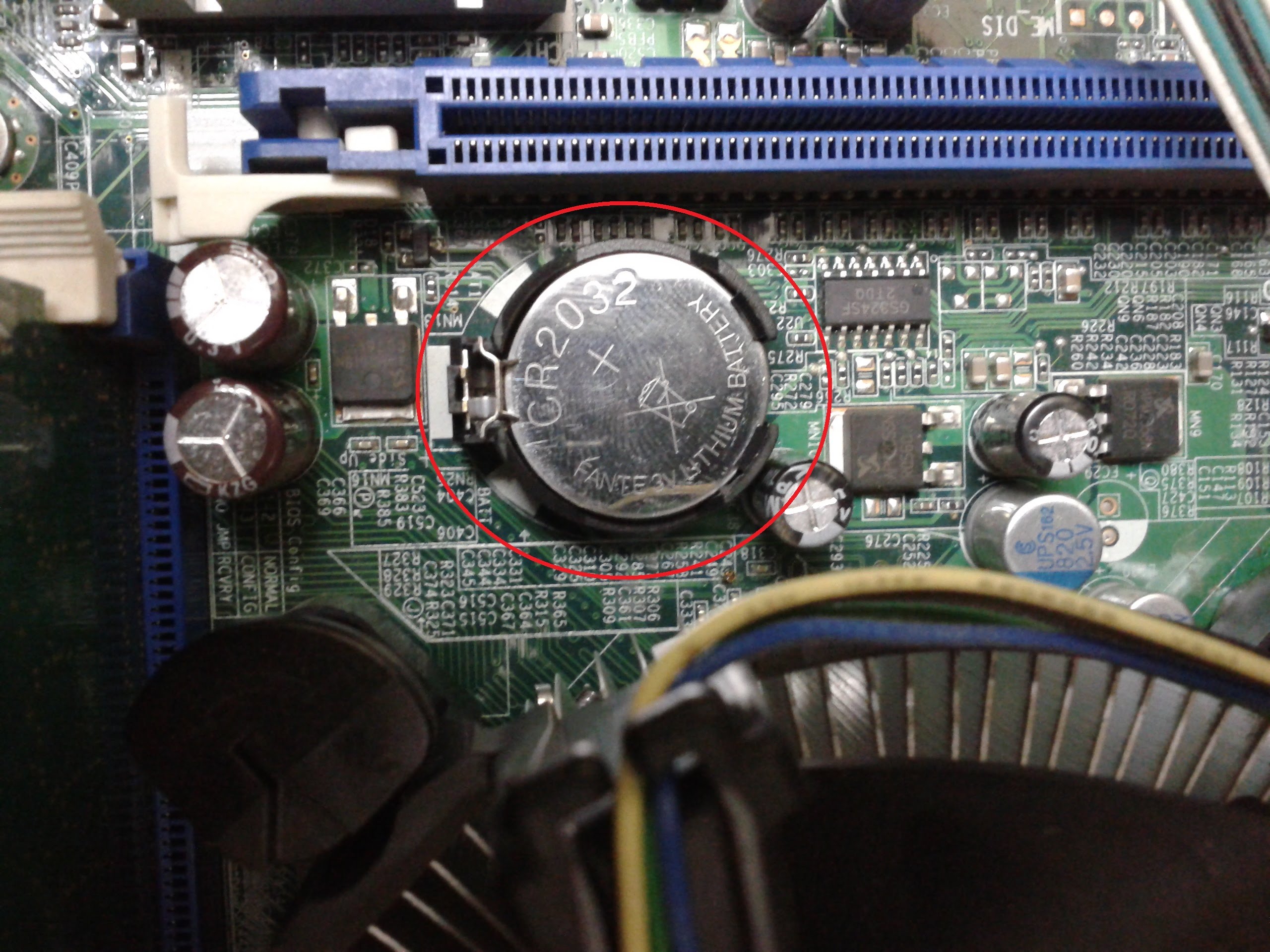 Computers, computers, computers. I knew becoming a “technician” meant that I would learn more about computers and how they work, but I admit when I took an archival post I thought it might involve more film and analog video tech. Not that I don’t work with those things – in a couple weeks I will be demonstrating/troubleshooting film digitization workflows for telecine and scanners for our first-year basic media training/handling course. But I suppose the things that I have really expanded my knowledge of in the past year, and the things I am therefore excited and inclined to pass along to you, dear readers, have to do with the inner workings of computers and electronics. I have relied on them for so long, and really had little idea of all the intricate components that make them tick – and I’d like to quickly talk about another one of those pieces today.

A few months back while dual-booting a Windows machine I wrote about the BIOS – the “Basic Input/Output System” that lives on the Central Processing Unit (CPU) or “motherboard” of every computer. As I explained then, this is a piece of firmware (“firmware” is a read-only application or piece of code that is baked-in to a piece of equipment/hardware and can not be easily installed/uninstalled – hence “firm” instead of “soft”) that maintains some super-basic functionality for your computer even if the operating system were to corrupt or fail.

Recently, the computer on our digital audio workstation started automatically booting into the BIOS every time it was turned on. You could easily work around this – just choosing to immediately exit the BIOS would immediately boot Windows 7 and all seemed to be functioning normally. But the system clock would reset every time (back to the much more innocent time of January, 2009). I wasn’t overly concerned, as any kind of actual failure with the operating system would’ve produced some kind of error message in the BIOS, and there was no such warning. But what was going on?

Doing a little digging on the internet, the giveaway was the system clock reset. The BIOS on a central processing unit is stored on a very tiny piece of solid-state memory called ROM (Read-Only Memory). It is very small because there are only a few pieces of data that need to actually be saved there every time you turn the computer on and off – just system settings like the clock, which take up a minuscule amount of space compared to video, audio, or even large text or application files. The trick is, ROM needs a constant source of power to actually save anything – even these tiny pieces of data. Cut off its power supply and it will completely reset/empty itself (much the same way your RAM – Random Access Memory – functions, but that’s another topic). This is what was happening – the BIOS was popping up every time we booted the computer because the BIOS had been reset and it just wanted us to set up our clock, fan speed, and other default system settings again (and again, and again, and again). 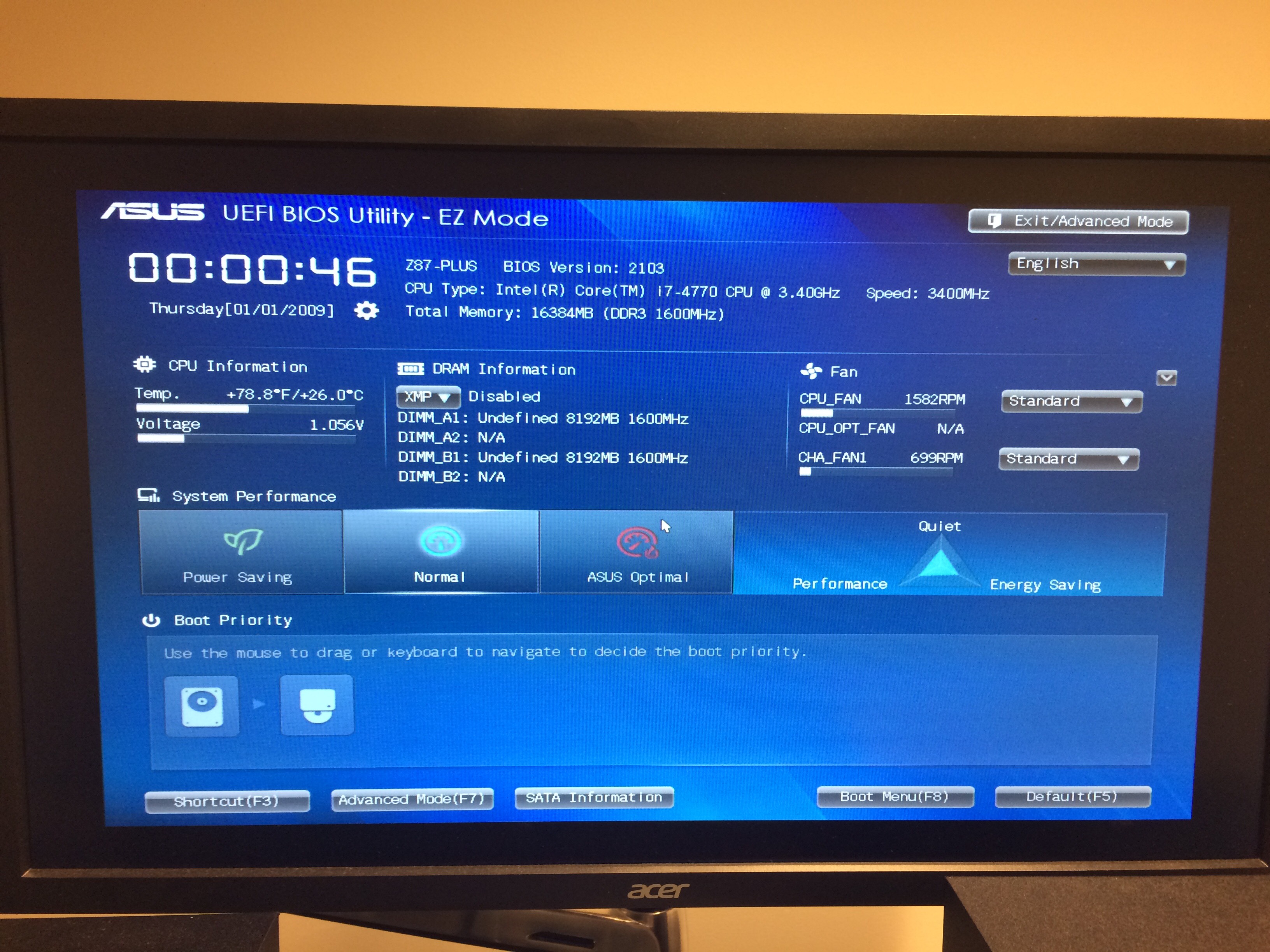 How was the power being cut off? Under most circumstances, even leaving a computer plugged into a wall outlet is enough to maintain a flow of enough electricity to the CMOS (central metal-oxide semiconductor) circuit that powers the ROM/CPU/BIOS. Yes, as long as your device is still plugged into a wall outlet, there is electricity running to it, even if you have turned the device off. Which is why we keep the computer (and various other devices) on our digital audio workstation on a power strip that we periodically completely switch off – to conserve power/electricity.

But there is usually a failsafe to save the BIOS settings even under such circumstances: every modern CPU has a small coin battery to power the CMOS, which maintains an electric flow through the ROM and thereby saves your BIOS settings, even if the power supply unit on the back of your computer is completely disconnected. What happens when you completely unplug the computer AND that battery dies? Your BIOS will reset every time you boot up the computer – exactly what happened to us.

So, at the end of all that, easy fix: buy a new coin battery at the hardware store and replace the dead battery in the computer. Most modern CMOS/CPU batteries are type CR2032, but unfortunately manufacturers tend not to just list that information in their specs, so there’s no way to know for sure until you open up the computer itself and take a look. Hopefully the battery is in an easy-to-find spot that doesn’t require you to actually remove the CPU or any expansion cards/RAM/hard drives/whatever else you’ve got going on inside your computer.

Here are some basic instructions for replacing a CMOS battery if this happens to you – but it really is as easy as it sounds. The main thing to keep in mind, when working in the inside of any computer, is to take steps to ground yourself and avoid the buildup of static electricity – electro-static discharge can seriously damage the components of your computer, without you even noticing it (the threshold for static electricity to damage circuits is much lower than it is for you to feel those shocks). There are some easy tips here for grounding yourself – I just made sure I was wearing cotton clothes, was working on an anti-static (foam) surface, and occasionally touched a nearby metal surface as I worked.

I’ll be back soon with (I hope) a much longer piece running down my experience at the Association of Moving Image Archivists’ conference in Pittsburgh this month and how I found it very powerfully related to my work this year. Cheers!

2 thoughts on “Changing a CMOS Battery”